Ukraine and Moldova fast-tracked to become candidates to join EU 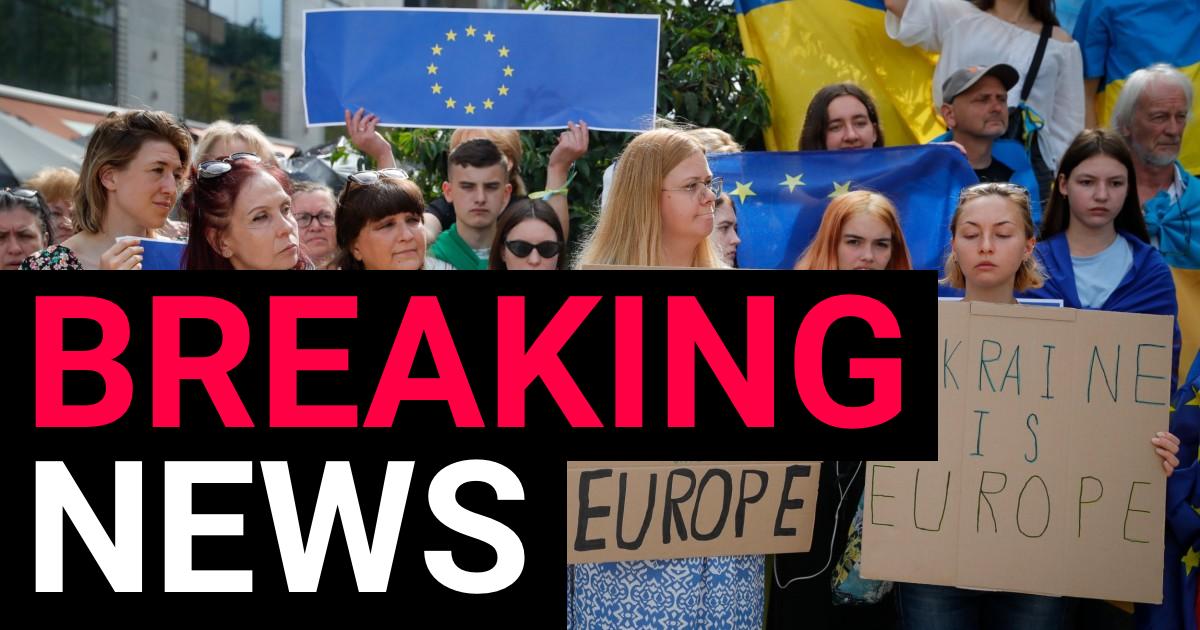 The European Union has agreed to give Ukraine a chance to join, in a move which could pull the nation further from Russia’s grip.

The embattled country applies for EU membership less than a week after Vladimir Putin launched his invasion on February 24.

The decision by the leaders of the 27-nation bloc to grant Ukraine candidate status on Thursday was uncharacteristically rapid for the EU.

But the war and Ukraine’s request to be fast-tracked persuaded Brussels to get a move on.

The EU also granted candidate status to Moldova, which borders Ukraine. Despite the significance of the move, actually gaining membership could still take years or even decades.

Countries must meet a detailed host of economic and political conditions, including a commitment to the rule of law and other democratic principles.

Ukraine will have to curb government corruption and adopt other reforms if it wants to join.

Get in touch with our news team by emailing us at webnews@metro.co.uk.

For more stories like this, check our news page.

Get your need-to-know
latest news, feel-good stories, analysis and more

Charles and Camilla arrive in Rwanda while row over deportations continues

Moscow threatens Lithuania after it blocked goods from reaching Kaliningrad

I ate my way around Singapore – here’s what I learned

Pilot rescued by paddleboarders after crashing his plane…